When an in home computer client here in Honolulu Hawaii asked me to optimize his old Windows 7 computer I had some outside of the box ideas to speed up his laptop and make it more secure. Here's what I did....

Window 7 Is No Longer Secure and it still Hogs Memory

He was sold on the idea of using Linux Mint. A faster and more secure operating system than even Windows 10 or 11. Most people nowadays do all their work online. One of the first things I do is make sure my computer clients are using online email instead of having email downloaded to their computer. Work is usually done by signing into an office online location, Microsoft Teams, Google Workspace, or individuals often do their work right inside Google Drive

Once you're in Google Chrome or FireFox there's no difference in the UI, which is the User Interface or how the internet browser looks.

If you do this on your own don't forget to disable Secure Boot in the Bios. I strongly recommend hiring someone such as myself to do this. I can even help you remotely up to a point.

I Couldn't Get The Wifi to Work to Get Online

So I plugged in a USB wifi adapter

Downloaded the driver I needed from Github

I'm not going to get into using terminal code to install it. That's easily found online.

Once I had the internet working through a wifi dongle (USB wifi adapter) I then looked up and found the code I needed to get the wifi modem itself to work.

I typed this into the terminal

Pressed Enter. Let it run Tapped y for yes when it was necessary and restarted the computer. The wifi was working on its own without the dongle.

I added Adblock Plus to Google Chrome. Even in Linux, which doesn't require any antivirus software, you can still get fake virus warnings and other attacks on Google Chrome itself. Most of these attacks come from bad advertisements.

My In Home Computer Client Asked for More RAM

RAM stands for Random Access Memory. It's the memory used to run the operating system and programs. Often if you have buffering (the circle) in a movie you're watching, that's your computer waiting for RAM to be freed up.

For Windows computers, I recommend a minimum of 8gb (gigabytes) of RAM if you're going to use your computer for business, movies or games. Because I had installed a better streamlined operating system, Linux Mint, the four gigabytes of RAM he already had in the computer was sufficient.

His laptop battery was dead so I had to keep it plugged in all the time. If he was going to keep it in one place he really didn't need to replace it. He was going to move it around so I went to Battery Bill's on Nimitz here in Honolulu Hawaii and got him a new one. The cost surprised me a bit. It was $140.00. I want to be clear on this. I'm not saying Battery Bill's was expensive. I'm saying the battery itself was expensive, but for an old computer like that, I was lucky to be able to get one at all. Battery Bill's lived up to their title and had one in stock.

The Computer Was Already a LOT Faster BUT I Knew I Could Get It Smokin Fast....

At the time my in home computer client's computer was manufactured, the hard drive was made of moving parts. Nowadays we call it a spinner because the hard drive had actual spinning parts to get the data and present it to the monitor.

moving parts slow down the gathering of data

The slower gathering of data slows down the computer.

So I Got My In Home Computer Client an SSD

To be precise, I got him a Samsung 870 EVO SATA III SSD 1TB 2.5” Internal Solid State Hard Drive, Upgrade PC or Laptop Memory and Storage for IT Pros, Creators, Everyday Users, MZ-77E1T0B/AM

Now I Had to Clone The SSD

but, neither store I looked in had the clone dock duplicator. I already had purchased the SSD, So used a SATA to USB adapter

I downloaded Foxclone. In this case foxclone45-05.iso. I had read great things about its easy to use UI (User Interface).

This advice paid off. I just right mouse clicked on the file and selected burn to USB (or something to that effect). Once I made the Foxclone live USB, I set up the BIOs to boot to the Foxclone flash drive. My research was correct. I found a tab that allowed me to clone disk to disk. In a few minutes, I was ready to install the SSD into the laptop. I took the old spinner drive out and replaced it with the new SSD.

WOW The Laptop was SMOKIN FAST!

I always say a prayer first before starting a computer after swapping hard drives. You never know what little thing could stop the computer from booting up. The computer not only booted up, it booted up FAST!

I made sure the Google Chome home pages were set. Adblocker was installed in Chrome. I powered it completely down, waited and restarted again. Everything was great! I saved my in home computer client A BUNCH OF MONEY on having to buy a new computer that wouldn't have even been as fast and secure as the one I upgraded for him.

I Delivered the Laptop Computer to My In Home Computer Client

Later on I got a text from my client and thought, "Uh Oh"

If you're in the service industry, you know what I'm talking about. My first thought was, "Uh oh what's wrong?" This is what it said,

Thanks once again for upgrading my laptop. Wow!!! it's super fast. I really like it! Thank you!"

Very kind of him to take time to text me with his appreciation of my work.

Honolulu Hawaii and all of Oahu Text or Call me, Rick Kirkham To Upgrade Your Computer and Save Money on a New One! 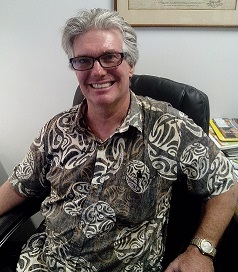 Exceptional Onsite and In Home Windows, Apple Computer and Mobile Phone Training, Tutoring, Virus Removal, Preventive Maintenance and Troubleshooting for All of Oahu Call or Text 224.1870 Mainland U.S.A. Text Only 808.224.1870 for Remote Computer Lessons and Support